Francavilla Palace is a rare example of coherence between containing and content in order to obtain a total work of art. A precious collection of pictorial, sculptural and applied artworks is exhibited in a building dating back to the late eighteenth century, which was the subject of a major stylist update of the late nineteenth century by Ernesto Basile. In the noble floor stuccoes and eclectic frescoes and wooden art nouveau decorations form the cornice for a fine art gallery where stands the great painting of Artemisia Gentileschi. The visit of the palace, a real museum house currently inhabited by the heirs of the Francavilla Count (sophisticated client), makes it easy to catch a glimpse of history.

The guided tour of the most significant religious buildings in the center of Palermo starts from the church of Santa Maria dell’Ammiraglio (called Martorana) where it is possible to “Read” the history of the island from the Middle Ages to the Modern era. Near the church other important examples of both Norman Sicilian and Baroque architecture will be explored. The transition from the Counter-Reformation to the “Age of Enlightment” will be felt thanks to the visit of the many oratories embellished by the stuccoes of Giacomo Serpotta, where impudent courtesans are proposed to the faithful as pious women. The walk will provide an experience in touch with the highest artistic level of testimonies, which will be handed out by gifted and accomplished genius artists, in order to foster temporal and spiritual power.

The tour will be guided by Prof. Massimiliano Marafon Pecoraro. 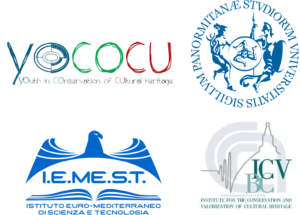